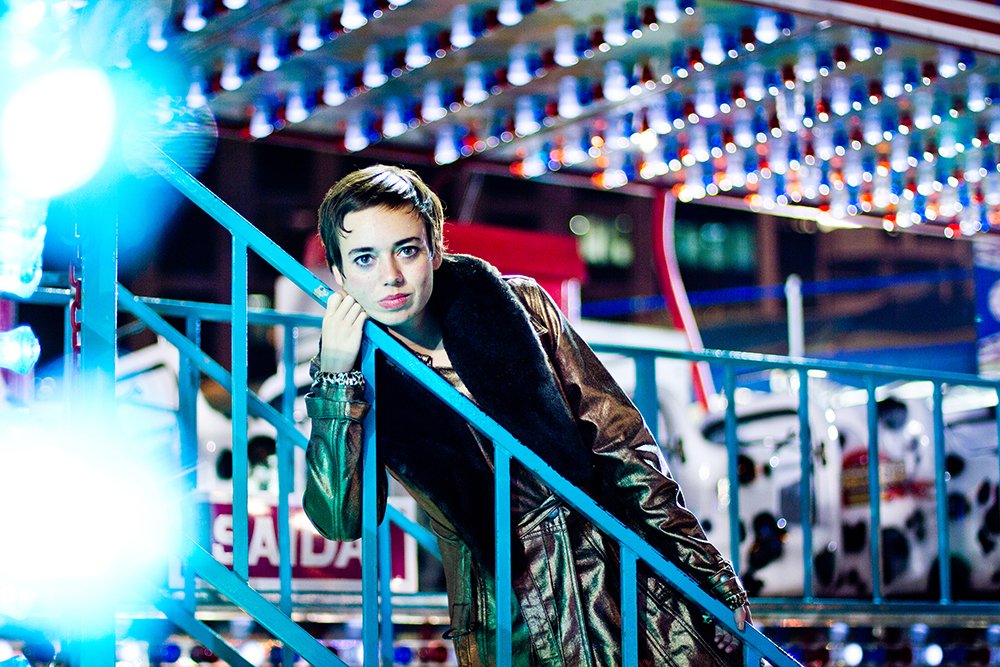 “The music of Portuguese songstress Rita Braga simultaneously summons the ghosts of Carmen Miranda and synth pioneers such as Delia Derbyshire and Bruce Haack. Her world is one of colours, exuding both the charm of a vintage cartoon character merrily bouncing along and the ominous melancholy of a lost kitten. Having toured all around the world for the best part of a decade, her shows which are both performative and visual will make you feel like you’ve stepped into a David Lynch movie from which you may not return.” (Paul Mangan, EurNoVision)
“I’ll just say that Rita Braga ‘Erosão’ is simply breathless, beautiful frosted chimes, it offers a dream dazed slice of wood crafted folk enchantment trading in a noir traced 60’s shimmering, think Mary Hopkins meets Seafina Steer and you’ll be as near to close as you can be.” (Mark Barton – The Sunday Experience)

“Rita’s career is a mishmash of everything – field recordings, analogue sounds, self-published material, internet radio, pirate webcasts, low-fi and soundcloud, home tapes of her singing over the sound of old records and broken old radios. Throughout she has been changing identities, leaving them behind like old clothes. She has collaborated with numerous musicians (such as Presidente Drogado), and forms bands in a jiffy. Original posters for her shows are usually made by well known graphic artists. She even claims that cartoon characters appear in her dreams, and give her “career” advice.. (…)” (Dragan Kremer, Vreme magazine, Serbia)