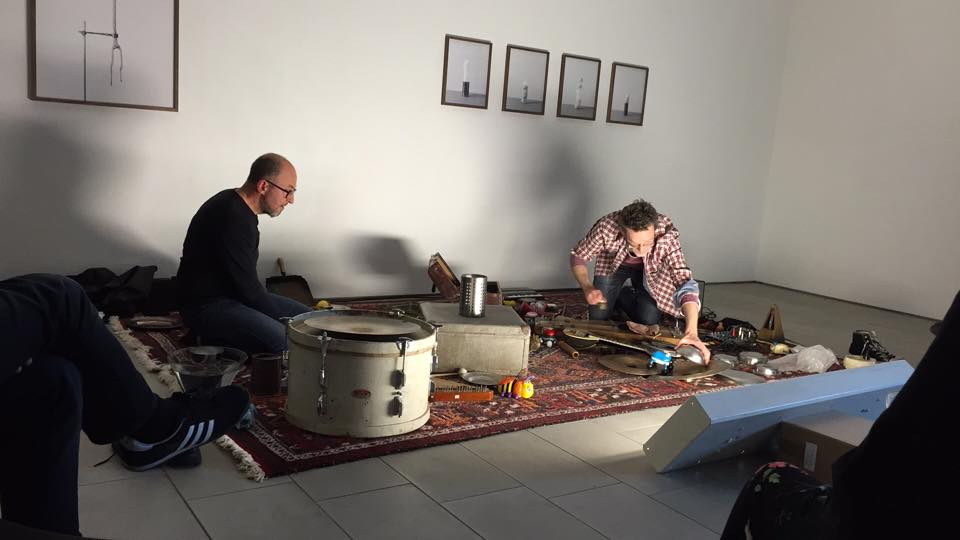 Scheibenhonig is the duo of Swedish musicians Martin Küchen and Herman Müntzing.

Swedish saxophone virtuoso Martin Küchen (1966) feels equally at home in free jazz bands and in projects which move towards the avantgarde. He has been active on the free jazz scene since the mid-nineties, when he performed on the streets and in Stockholm metro stations. By now, he became one of leading new voices in contemporary improvised music, leading bands like Trespass Trio, Angles and All Included. His recent collaborations include duos with Keith Rowe, Dimitra Lazaridou-Chatzigoga or Steve Noble. / martinkuchen.com

Swedish musician Herman Müntzing (1964) is mainly interested in the fields of improvised and experimental music. Since the late nineties he has been working as a musician and educator with different Swedish and international groups, and has collaborated with Phil Minton, Eugene Chadbourne, Lotte Anker, Sten Sandell, Mats Lindström, Raymond Strid and Martin Klapper. He is giving lectures and workshops in many different situations, often striving for a new approach to the boundaries between sound, noise and music. / hermanmuntzing.com